Climate negotiations are at a standstill 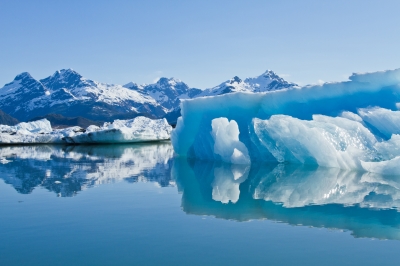 This article contains Asbjørn Wahl’s views on
what should be done in the light of the low expectations to the
COP17 meeting on climate change in Durban. Wahl is chair of the
Working Group on Climate Change in the International Transport
Workers’ Federation (ITF).

The intergovernmental climate negotiations are at a standstill.
COP 15 in Copenhagen should have been a breakthrough. It was not.
Then they promised to move forward during COP 16 in Cancun.
Progress was limited. Now they are downscaling expectations to COP
17 in Durban. Narrow economic interests and enormous pressure from
powerful multinational companies, not least in the fossil fuel
industry, seem to override any attempt to reach a binding agreement
which can protect our climate and the future of our
planet.

The standstill in the intergovernmental negotiations is
alarming, since it takes place at a time in which emissions are
still rising. From 1990 to 2007 emissions rose 19 percent globally,
and the science is becoming more and more disturbing. Extraordinary
weather conditions (droughts, flooding, storms etc) due to climate
change have already destroyed jobs, homes and peoples’ lives,
and if little or nothing is done, millions of jobs and
peoples’ livelihoods will be further at risk. Climate change
is having devastating impacts on the poor and the powerless in
particular. Already there are over 150 million ‘climate
refugees’ in the world who have been displaced through
drought, failed crops, flood and rising sea levels.

The current political course is thus geared for climate
catastrophe. If governments and international institutions are not
able to do what is necessary in this situation, trade unions and
social movements have to step in. This places a great
responsibility on the international trade union movement.

There is an urgent need for a new global agreement that is fair,
ambitious and binding. We need a much more ambitious agenda, and we
need it immediately. We need to map a socio-economic transition to
a climate-resilient, low-carbon economy. Restructuring our
economies and ambitious mitigation action are fundamental if we
want to leave our children a sustainable world and a chance for
social and development goals to be achieved.

Climate change is part of a larger economic and ecological
crisis which represents a serious challenge for the international
trade union movement. The climate crisis is also strongly linked to
the financial and economic crisis which has devastating effects on
workers and people across the world. A just transition to a
low-carbon economy therefore has to involve job creation, decent
work and quality jobs, a radical redistribution of wealth and
social security schemes which safeguard peoples’ livelihood
and social and human rights. It will also require subjecting
strategic sectors of our economy to democratic control and social
ownership.

Those who have contributed most to the problem of climate change
need to contribute most to the solution. Developing countries
should be supported through transformation funds and free transfer
of technology. National control of natural resources is also
decisive in getting control of emissions and resources for
transformation, mitigation and redistribution of wealth. Our
demands on COP17 in Durban should at least include:

Since the market-based solutions proposed by governments and
employers thus far have failed to seriously deal with rising
emissions, addressing the climate crisis will therefore require a
far-reaching political and economic transformation driven by
alternative social and environmental priorities.

Mobilisation and action is the main
challenge

It seems to be broad agreement across the international trade
union movement on what is needed to prevent and mitigate climate
change. The biggest challenge today is therefore how to achieve our
goals. This can only be done by changing the current economic
model. We have to realise that this is an interest-based struggle,
in which we are standing up against strong economic interests. The
decisive question today is therefore how to mobilise sufficient
social forces to shift the balance of power and change the current
course. We need a global climate movement to force government
leaders to address the climate emergency, and the trade union
movement has the potential to lead such a struggle.

A change of direction is urgently needed. Actually, the fight
against climate change represents an opportunity to creating a
better society for all – with more equality between countries
and people, eradication of poverty, increased democracy, better
working conditions and less pressure and stress. We have to
initiate, support and press for measures which strengthen
democratic control of the economy, curb financial speculation,
reorient financial flows towards sustainable development and
re-introduce market regulations as necessary measures to reduce
emissions, stop cut-throat competition and plan a sustainable
production model.

To that end, we have to build alliances with other social and
environmental movements at a local, regional and global level to
support sustainable alternatives and wider transformation. The
trade union movement should of course continue to emphasise the
importance of just transition and decent work in our dealing with
governments, but also recognise that these demands will never be
realised without a determined commitment to mobilise our members
around a strategy and a vision for a deep restructuring of our
economy. Climate demands need to be integrated into the struggles
presently being waged by trade unions to defend workers against
austerity measures and efforts to eradicate worker rights and
protections. The economic and climate crisis come from a common
source – an economic system that abuses people and the
natural environment.

Durban 2011 provides a major opportunity for the international
trade union movement to join with the unions and social movements
in South Africa to begin to develop and organise around a programme
of economic transformation that can offer real solutions to the
climate crisis and advance the wellbeing and security of all
workers and humanity as a whole.