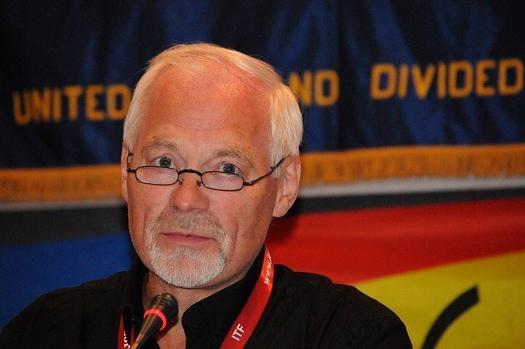 In this article I will take a closer look at the current
situation, address the question of alliance building and
particularly summarise some of the experiences we have had in
building alliances in Norway. My point of departure is that social
development is a question of power, social power, and strength. If
we are not able to mobilise sufficient social power behind our many
excellent demands, they will only end up as wishful thinking.

The situation in Europe is going from bad to worse. Subsequent
to the financial crisis, we are now facing a crisis of state
financing, which is gradually turning into a deep social and
political crisis. Add to this the environmental and climate crisis,
and the future looks rather dramatic.

Perhaps we should have expected the financial crisis to be
followed by strict regulation of financial capital and an end to
the neoliberal experiments which contributed so strongly to it.
However, quite the opposite has happened, neoliberals are still
running the business, both politically and financially. They have
even been able to win hegemony for their interpretation of the
crisis. It is no longer the capitalist crisis which has led to the
mess, but ordinary people who have been living beyond their means.
Workers and pensioners have to foot the bill, after the financial
institutions and speculators were rescued by governments. This has
led to reactionary and anti-social austerity policies across
Europe, including fierce attacks on trade unions as well as on
wages, pensions and welfare services.

One of the reasons for this development is the weak resistance
from trade unions and social forces in Europe. As long as we are
not able to shift the balance of forces in society, the neoliberals
will continue their silent revolution (as EU Commission President
José Manuel Barroso has characterised the current attempts
to further de-democratise and take control over economic government
in the EU). Already in eight of the EU member states public sector
wages have been cut and collective agreements set aside through
political decrees – without negotiations with trade unions
concerned. While employers and governments are thus breaking
completely with post-war consensus policies, many trade unions are
still clinging to the illusion of a working social partnership, in
which reasonable employers will be convinced by our arguments.
However, this consensus was based on a particular balance of power
which has shifted enormously during the neoliberal era of the past
30 years. What is going on now is therefore a fierce interest-based
struggle, and every sign tells us that the confrontations will
increase in strength. We are under attack, and it is a matter of
urgency to fight back.

In order to confront the attacks, we have to reorient our
unions, and to build broad social alliances to increase our
strength. This is a struggle for power, and the struggle has to be
political (not party political, but political in terms of
addressing social development in the broad sense). The aim is to
widen the social basis of our struggle. To that end, we will have
to broaden the perspective of our policies and demands.

Alliances can change according to the situation and the aim of
our struggle. In the current situation, in which the very
foundation of our social achievements is being attacked, it is the
broad social alliances which are decisive. In other words, we have
to identify common interests with other groups in society. Thus,
our alliance policy has to be built on class analyses and practice,
not on empty rhetoric and lip service.

Firstly, we have to strengthen our unity within the trade union
movement, i.e. in the working class itself, across the divides
between public and private, blue collar and white collar, skilled
and unskilled, workers and professionals, employed and unemployed,
male and female, immigrants and domestically based, as well as
formal and informal workers. Secondly, we should build alliances
between social classes and strata, like with important parts of the
middle class, of peasants, of youth and of women who can be
mobilised in favour of social protection and progress. Thirdly,
progressive academics and researchers, NGOs and organisations and
campaigns which have an understanding of the broader social context
are important social allies. Fourthly, and finally, due to the
alarming climate crisis, we should seek alliances with those parts
of the environmental movement which have an understanding of the
social conflict and social justice.

In Norway we have been building alliances between trade unions
and other organisations and movements for many years. The one I
have been in charge of, the Campaign for the Welfare State, was
initiated in 1999, by six trade unions in the public sector.
Gradually we grew, firstly inside the trade union movement, but
then also among other organisations, such as of retired people,
peasants, socially excluded people, users of welfare services,
women and students. All in all we gathered organisations with more
than one million members, which is not bad in a country with only
approximately five million inhabitants. Of course there are
different levels of participation among these organisations, but
even the support from the more passive ones has given us a lot in
terms of legitimacy in the social struggle.

During the general election in 2005 this alliance, in
cooperation with other organisations and the broad trade union
movement, succeeded in changing the political situation in Norway.
It was a favourable climate for change because the existing
centre-right government was highly unpopular due to its policies of
privatisation and deregulation. Further, the Labour Party had been
strongly punished by the voters four years earlier, when it
achieved the lowest support in an election since 1924, because of
its move to the right. This gave us an opportunity to push the
Labour Party to the left and into a coalition with the Socialist
Left Party and the Centre Party. Due to this pressure, all the
three parties campaigned on an anti-privatisation platform, won the
election, and formed a government based on the most progressive
political platform in Europe.

We can identify four main pillars which contributed to this
success:

These steps contributed to polarising the struggle between the
Right and the Left, something which gave people clear political
alternatives and helped mobilise them for progressive change.

The 2005 red-green government in Norway started off by carrying
through a number of progressive policies. However, as time went by,
and the pressure from the movement declined, the government began
to slide back to old political positions. Even if great parts of
the trade union movement politically had become more independent
from the Labour Party, other parts were still too loyal to oppose
and to keep up the pressure when welfare provisions were weakened
and undermined by ‘their own’ government. It is exactly
the move to the right of the traditional Social
Democratic/Socialist Parties which has made it necessary for trade
unions in the current situation to become more independent
politically and to take on a wider political responsibility and,
not least, to keep up the pressure on the government after it has
won the election and taken power.

So far we have only seen the beginning of the social and
political crisis in Europe. In other words, it is time for trade
unions which are old-fashioned, afraid of new alliances, afraid of
losing control, more or less married to social democratic/socialist
parties and locked in by an uninhibited belief in social
partnership, to reassess their position. Social resistance to the
austerity policies is increasing across Europe, but there is a lack
of European coordination and leadership. We have to support those
who struggle and follow their example. We have to turn the
defensive into an offensive. It is all about power, not only
addressing power, but taking power, if we are to stop the current
development towards an ever more authoritarian and anti-social
Europe.